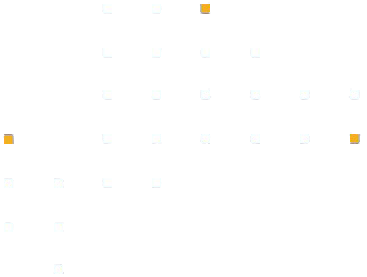 “Log4Shell” or “LogJam” (CVE-2021-44228) is a critical zero-day vulnerability to the Apache Log4j Java-based, open-source logging library.1 The Log4j library is used in enterprise software and web applications, including products from Apple, Amazon, Cloudflare, Twitter, and Steam, among many others.2 The vulnerability was first reported to Apache by Alibaba Cloud’s security team on November 24 2021.3

What Risk Does Log4Shell Pose?

Similar to past exploits like Shellshock or Heartbleed, Log4Shell is a remotely exploitable security vulnerability that can allow complete system takeover without requiring authentication. Proof-of-concept (POC) exploits are currently being distributed online and threat actors have already begun launching malware to scan for vulnerable servers.4

Is the Kiteworks Platform Vulnerable to Log4Shell?

We do not currently consider Log4Shell to be a P0 vulnerability in Kiteworks systems. While the recent Kiteworks 2021 Fall Release (7.6) includes the affected Apache library, our testing shows no signs of exposure to this vulnerability. Specifically, we attempted several of the publicly available POC attacks and have no indication of Log4Shell being exploited in the Kiteworks platform. Additionally, Kiteworks’ multi-layered protection includes files that are individually encrypted, which means they are not exposed to this kind of vulnerability.

Is There a Kiteworks Security Patch?

Yes. As a precaution, Kiteworks released a 7.6.1 Hotfix software update to address the vulnerability. This patch release adds the mitigation for CVE-2021-44228 contained in the Solr package as recommended by Apache Solr group. Specifically, it updates the Log4j library to a non-vulnerable version on CentOS 7 systems. It also adds the recommended option “$SOLR_OPTS -Dlog4j2. formatMsgNoLookups=true” to disable the possible attack vector on both CentOS 6 and CentOS 7.

To install the 7.6.1 Hotfix update on Kiteworks:

We continue to proactively monitor the vulnerability to determine if any permutations occur in the threat vector that change the above assessment.

If you have any questions or issues regarding Log4Shell or the 7.6.1 patch, please contact Support: support@kiteworks.com.

Copyright © Kiteworks. Kiteworks’ mission is to empower organizations to effectively manage risk in every send, share, receive, and save of sensitive content. To this end, we created a platform that delivers content governance, compliance, and protection to customers. The platform unifies, tracks, controls, and secures sensitive content moving within, into, and out of their organization, significantly improving risk management and ensuring regulatory compliance on all sensitive content communications.